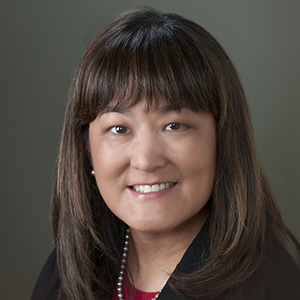 Mari has been the executive director of Partners in Diversity since 2012. She oversees all aspects of this nonprofit whose mission is to help employers diversify their workforce in Oregon and southwest Washington. Up until November 2019, Mari split her time between Partners in Diversity and Leadership Portland, a 10-month civic engagement leadership program operated by the Portland Business Alliance.

Prior to joining the Alliance, Mari was in the apparel arena for many years, working for corporations such as Nike, Nordstrom and Union Bay Sportswear, before switching to the nonprofit sector. She was the first executive director of Oregon Nikkei Endowment, a Japanese American history and culture organization. In May 2011, Mari was appointed by Governor John Kitzhaber to serve on the Oregon Commission for Asian and Pacific Islander Affairs under the umbrella of the Oregon Advocacy Commission. She served for four years as vice-chair and her final two years as chairperson to help create policies that support the Asian and Pacific Islander communities.

Mari has a diversity and inclusion certificate from Cornell University and an undergraduate degree from Washington State University in fashion merchandising. Raised in Seattle, Mari moved to Portland in 2000.